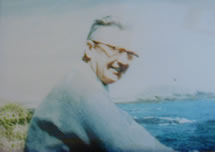 I started a serious genealogy research of my family tree in 2000. I have traced back to the marriage of William Carr to Sarah McCarthy (Born 1820) . They lived in the East Cork diocese of Cloyne and had five children and then moved to Cobh across the harbour, because of the famine and had one girl and three more boys. I know Sarah's parents but not William's. I am hopeful that someone out there may have some information which would be of use to me, likewise I may have something of use to them.

You can view some early Carr's that I have found from the Cork area on:  Page 4

Map shows County Cork - Ireland.  Cobh (Cove) was once known as Queenstown. It was the main emigration and deportation port in Ireland.

I have given information on  many Carr's on this site to help others research. They are not to my knowledge related to me, unless specifically noted.

My father was born in 7 the Mall Cobh on the 29th July 1914. He went to school in Cobh and decided he wanted to be an electrician. The national Power Company at the time was the Electrical Supply Board or E.S.B.  He started his apprenticeship at a time where they were going from Direct Current (D.C) to Alternating  Current (A.C.). That time was also called the Change Over, and it meant that every business had to be re wired. My father worked in Cork city during this time and became very well known to every business person. When I was growing up and would have to give my name in a shop or other business, I would always be asked , was I Jody Carr’s son and when I say yes, I’d get the real treatment. Later on He went to work on the Inniscarra Dam, and finally he became a supervisor in the ESB Albert road depot.

He met my Mother Kitty O’Keeffe from 19 Plunkett Terrace and they fell in love and married and lived in the lower road in a rented house for a short time. My Grandmother, my Father’s mother bought them a house in Bendemeer Park, Magazine Road Cork, they named the house “Marlogue” after a favourite local area in Cobh. We were one of the first to get a car due to my father’s need to get to the Dam in Inniscarra, it was a ford Prefect  (No. Plate ZK 8135) we had a very happy childhood and all the neighbours were like an extended family. My father always dreamed of returning to Cobh when he retired, but unfortunately he got a tumour on the brain and passed out in work and never recovered, he died a few weeks later and is buried in his beloved Cobh. He was 57 years old.